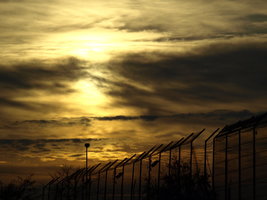 Creating “global dimming” is the stated goal of numerous geoengineering patents, it is one of the primary goals of the atmospheric spraying.

Climate engineering is the epitome of human insanity. “Global Dimming” is a direct result of the constant spraying of our skies with toxic metals and chemicals. Though countless forms of human emissions  into the atmosphere are contributing to the “global dimming” phenomenon, mathematically speaking climate engineering far exceeds all other factors combined.

The BBC documentary linked below is an extremely important watch for any that wish to better understand the truth, and the dynamics of the all out assault on planet Earth by the climate engineers. Though the film makers did not make mention of the ongoing geoengineering programs, the implication is there. The “global dimming” effect (created by the aerosol spraying insanity) can create short term cooling scenarios, it comes at the cost of a much worsened overall warming.

In addition, the entire planet is being contaminated from the fallout. Each and every breath we take is laden with toxic heavy metal particulates from the aerosol spraying. If the science community as a whole does not show the courage to stand up and speak out, very soon, it will be game over for planet Earth.

This 6 minute film clip should be extremely alarming for any that are even slightly awake.  http://www.geoengineeringwatch.org/dimming-the-sun/