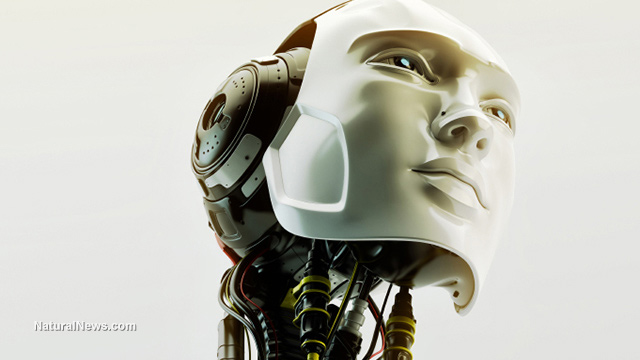 (NaturalNews) The Age of Robotics truly is upon us, and while this kind of technology will prove useful in any number of ways, it will also usher in a massive wave of unemployment that will destabilize scores of nations, as tens of millions of human workers are replaced by machines.

As noted by the UK’s Daily Mail, the rise of machines and artificial intelligence could very well create a much worse scenario than any doomsday movie you might have seen. Instead of being wiped out by dangerous robots that kill, humans may essentially become “eternally useless” because of the rising capabilities of AI – and whole societies may destroy themselves as billions of people around the world who only have rudimentary skills that can be easily replicated by a machine find themselves trapped in an endless cycle of hopelessness.

At least, that is according to bestselling author Yuval Noah Harari, who explores this scenario and humankind’s bleak future, as well as “the rise of the useless class,” in his upcoming novel, Homo Deus: A Brief History of Tomorrow.

As reported by The Guardian, Harari – a historian and lecturer at Hebrew University in Jerusalem – compares the fate of humans to the doomed protagonist in the fable of the boy who cried wolf. While humans have long said that machines would eventually take over a multitude of societal tasks and employment, thus far, those forecasts remain unfulfilled. But clearly, the age of robotics is only just beginning. And the resulting dramatic societal shift will likely leave most humans aimless and unemployed, The Guardian reported.
“As the self-made gods of planet earth, which projects should we undertake, and how will we protect this fragile planet and humankind itself from our own destructive powers,” his book asks. But again, as Harari warns, these “destructive powers” have already begun to take hold.
The Guardian reports further:
“In a nutshell, as artificial intelligence gets smarter, more humans are pushed out of the job market. No one knows what to study at college, because no one knows what skills learned at 20 will be relevant at 40. Before you know it, billions of people are useless, not through chance but by definition.”
“I’m aware that these kinds of forecasts have been around for at least 200 years, from the beginning of the Industrial Revolution, and they never came true so far. It’s basically the boy who cried wolf,” says Harari. “But in the original story of the boy who cried wolf, in the end, the wolf actually comes, and I think that is true this time.”

Humans will have to constantly reinvent ‘usefulness’

He noted further: “Children alive today will face the consequences. Most of what people learn in school or in college will probably be irrelevant by the time they are 40 or 50. If they want to continue to have a job, and to understand the world, and be relevant to what is happening, people will have to reinvent themselves again and again, and faster and faster.”

That means that human beings will have to continually figure out, in advance, how to remain relevant. That won’t be easy, and considering how rapidly technology already advances, the gap between useful and non-useful will constantly shrink, Harari warns.

All of this begs the question: what should we do? “First of all, take it very seriously,” Harari told The Guardian. “And make it a part of the political agenda, not only the scientific agenda. This is something that shouldn’t be left to scientists and private corporations. They know a lot about the technical stuff, the engineering, but they don’t necessarily have the vision and the legitimacy to decide the future course of humankind.