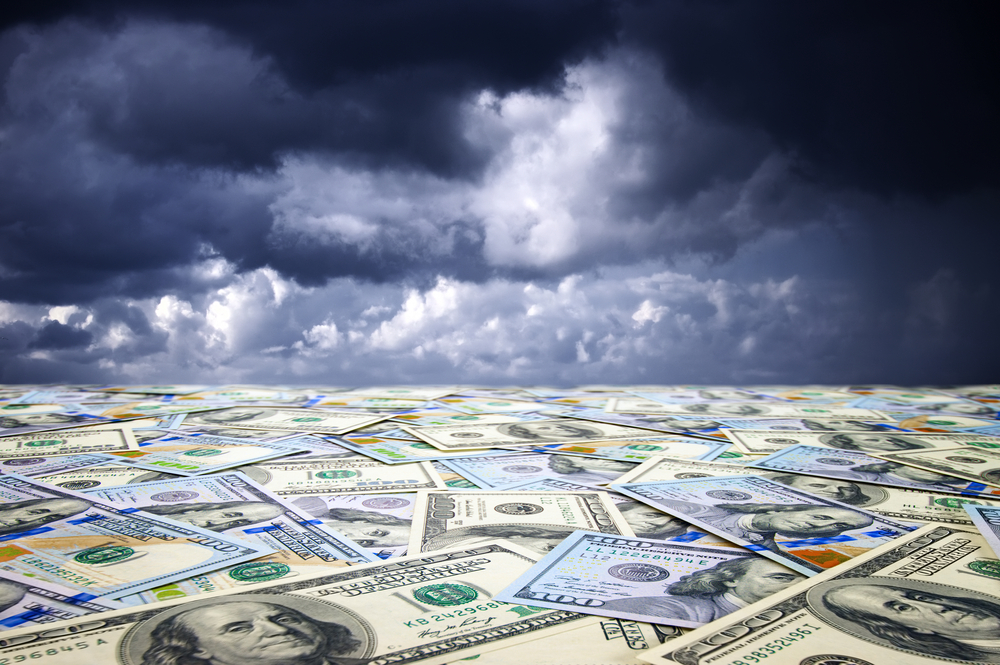 Over the past few years the dollar has staged an impressive comeback. Not because there’s anything fundamentally good about this currency’s future prospects, but because for the interim, most of the economies in world aren’t doing so hot. For a lot of investors, it is the lesser of many evils in the short term, so they view the dollar as a temporary safe haven.

However, recent signs suggest that the dollar’s rally may be coming to an end. Among them, is the fact that China and Japan, the world’s two largest holders of U.S. Treasury Debt, have just dumped a ton of dollars.

Since peaking at $3.99 trillion in June 2014, China’s central bank has sold off more than half a trillion dollars of (mostly) U.S. treasuries, accounting for 14% of its entire stockpile. At this rate China’s foreign exchange holdings will be liquidated within nine years. While there is no reason to assume the current rate will continue for that long, it does illustrate how fast the debt and currency markets are moving, hinting at possible instability ahead.

Right behind the largest U.S. Treasury holder is the second largest, Japan. Japan’s Ministry of Finance also reported a sharp drop in its own foreign exchange reserves in November, likewise also mostly U.S. Treasuries. Japan’s stockpile is now $1.233 trillion, down from $1.244 trillion last month for a drop of 1%. Since peaking, Japan’s hoard has dwindled by 6%, and the decline has so far lasted four years.

While the percentages are small, the dollar amounts appear much larger than previous treasury dumps. This suggests that there is a growing urgency to ditch the dollar. And earlier today, the value of the dollar reached its lowest level since early November. That may not sound like much, but when you see the charts, it’s obvious that the dollar’s value isn’t just falling. Its descent is rapidly accelerating.

Even the Euro managed to climb to a month high against the dollar, and all across the board, the currencies for other major economies have also been nipping at the heels of the dollar.

The ICE U.S. Dollar index a measure of the dollar’s strength against a basket of six currencies mostly comprising the euro, was down 1.1% to 97.720, its lowest level since Nov. 4, according to FactSet.

The British pound rose to $1.5184 late Wednesday, compared with $1.5011 Tuesday, as investors bought pounds ahead of Thursday’s Bank of England policy meeting.

The People’s Bank of China pushed Chinese yuan traded in the onshore market to a four-year low by setting its daily reference rate for the currency at its lowest level since August 2011. The currency, also known as the renminbi, traded at as low as 6.423 to the dollar, compared with 6.419 Tuesday.

The only real exception was the South African rand, which fell in value after their government fired its finance minister. Other than that, our currency has been getting pummeled on all fronts. It’s hard to say if this is going to be the big one. The dollar has had hiccups before over the past few years, and has always managed to recover and climb. Will this be its last hurrah?