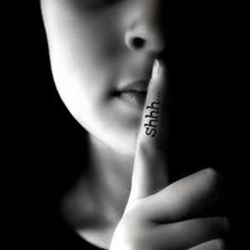 Rick Friday, a long-time writer and cartoonist for Farm News, found himself out of a job this week for poking fun (truth?) at a few agribusiness bad actors.

The offending cartoon featured two Iowa farmers having this conversation:

“I wish there was profit in farming.”

“There is, in year 2015 the CEOs of Monsanto, DuPont Pioneer and John Deere combined made more money than 2,129 Iowa farmers.”

The jury’s still out, according to New York Daily News which reported on the incident, on which corporation called the publication’s publisher to announce it was pulling its advertising.

But there was little doubt about why Friday was canned—he stepped on the wrong toes.

Big multi-national corporations, like our friends at Monsanto, have a long history of manipulating government officials and discrediting, and often silencing, scientists and journalists—to the detriment of the entire human population.

This week we joined other organizations to deliver more than half a million signatures to the EPA demanding that they reject Monsanto’s request to renew its license for its deadly glyphosate and Roundup.

Will the EPA listen to reason? We hope for the best. We’re prepared for the worst.

Will we just roll over if Monsanto wins again? No way. With your help, we’ll organize the world’s biggest boycott of every product that contains even the slightest trace of glyphosate. As it turns out, that’s a lot of products. Which means we have a lot of power.