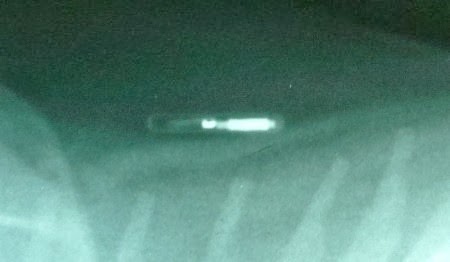 Would you like to have an RFID microchip implanted under your skin? If you are anything like me, you would never allow such a thing to be done. But many others, especially among the younger generations, see things very differently. RFID microchip implants and other forms of “wearable technology” are increasingly being viewed as “cool”, “trendy” and “cutting edge” by young people that wish to “enhance” themselves. And of course the mainstream media is all in favor of these “technological advancements”.

For example, the BBC just published a piece entitled “Why I Want A Microchip Implant”. We are told that such implants could solve a whole host of societal problems. Identity theft and credit card fraud would be nearly eliminated, many other forms of crime would be significantly reduced, children would never go missing and we wouldn’t have to remember a vast array of passwords and PIN numbers like we do now. We are told that if we just adopted such technology that our lives would be so much better. But is that really the case

As our society becomes “digitally integrated”, technologists tell us that it is “inevitable” that wearable technology will become as common as smart phones are today. And the BBC article that I just mentioned is very eager for that day to arrive…

Ultimately, implanted microchips offer a way to make your physical body machine-readable. Currently, there is no single standard of communicating with the machines that underpin society – from building access panels to ATMs – but an endless diversity of identification systems: magnetic strips, passwords, PIN numbers, security questions, and dongles. All of these are attempts to bridge the divide between your digital and physical identity, and if you forget or lose them, you are suddenly cut off from your bank account, your gym, your ride home, your proof of ID, and more. An implanted chip, by contrast, could act as our universal identity token for navigating the machine-regulated world.

And for some people, that day is already here. In fact, at some technology conferences people actually line up to get chipped…

This month at the Transhuman Visions conference in San Francisco, Graafstra set up an “implantation station” offering attendees the chance to be chipped at $50 a time. Using a large needle designed for microchipping pets, Graafstra injected a glass-coated RFID tag the size of a rice grain into each volunteer. By the end of the day Graafstra had created 15 new cyborgs. How creepy is that?