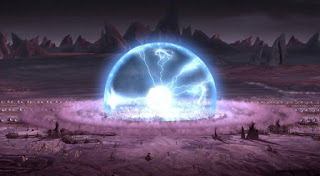 What’s EMP, readers may be asking? It refers to Electromagnetic Pulses, and warfare! Yes, warfare, which very few folks realize probably will become the choice “winner takes all spoils” eventual destructive weapon of modern civilization. Why do I say that? The reason is because an EMP is stealth and takes down everything in modern life that depends upon electricity and/or computers.

It causes a devastating destruction of a society’s lifestyle and facilities that are dependent upon electricity, computers and ‘smart’ gadgets that have left us ‘impotent’ in self-sufficiency. The ultimate ‘shock wave’ will occur when humans have to find a way to survive, if they have survived!

Probably readers are familiar with what can happen when high-powered sunspots occur. We are warned that the power grid can be taken down or satellites become endangered. Well, a newer genre of man-made technological warfare revolves around EMPs, which several nations [6] now have, including those that may be considered as rogue countries. [5]