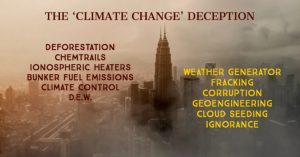 Air New Zealand has recently come up with a great new way to reduce waste on its airline. Earlier this month, the airline announced that they will be introducing edible cups on their flights and airport lounges to cut down on plastic. The cups will basically be cookies that can hold a variety of different beverages, including coffee.

The cups that the airline has chosen are made in a partnership between two companies, Kiwi and Tiice, who have teamed up for this specific product. The cups are described as vanilla-flavored biscotti cups, and they are promised to be both leakproof and durable.

The cup is already being used at Auckland airport lounges and on select flights, and they are even being sold online.

Air New Zealand is already a few steps ahead of other airlines when it comes to sustainable products and practices. Until this most recent announcement, the airline served its coffee in plant-based compostable cups, but unfortunately, those products still create waste. Air New Zealand has also taken other measures to reduce waste on its flights, including the removal of individual plastic water bottles for shorter trips and entirely eliminating single-serve plastic condiment packets.

In a press release earlier this year, Air New Zealand to reduce their total plastic consumption by 55 million items.