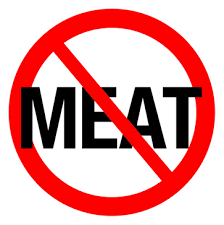 These countries have decreased their consumption of animal products dramatically!

Did you know? In 2010, the United Nations released a report urging the world to adopt a predominantly plant-based diet, for its environmental and health implications. Since the turn of the century, interest in vegan and vegetarian diets has dramatically increased!

In fact, a number of nations are making headlines with their sustainable commitments, some of the most notable ones listed below.

According to an article in the New Zealand Herald, the increase is fueled by a motivation to help prevent disease, environmental degradation, and animal suffering on factory farms.

“A decade ago, the vegan diet was considered whacky, if not plain risky. Vegans were seen as un-fun characters who lived on dandelion tea and brown rice. Now, eating vegan is seriously cool.”

Following are eight other countries ditching meat and lessening their carbon footprint by embracing a delicious, plant-based lifestyle:

As shared by this article published last year in The Guardian, there is a growing population of vegetarians and vegans in the country of Spain:

“Spanish people have a reputation as diehard meat eaters. But in recent years, as the number of vegan or vegetarian restaurants in Spain has doubled, there are signs of change.” The author continues, “The idea that we should, at the very least, eat less meat is increasingly common in Spain, as in many other parts of Europe.”

The UK is quickly following in the footsteps of the United States health-wise, which is why news of one in eight British adults now following a vegetarian or vegan diet is positive news.

Interestingly, 12% of the population now identifies as ‘vegetarian’ or ‘vegan’, but that percentage jumps to 20% for people between the ages of 16 and 24. That’s not all: millions more in the UK are “flexitarians,” meaning they have cut back on their meat consumption dramatically, but still consume it now and again.

Not only has the nation run out of garbage and is importing trash from neighboring countries to burn for fuel, its government is contemplating a “meat tax.” You can learn more about that here.

That said, it should as no surprise, then, that nearly 10% of the country now identifies as vegetarian or vegan – and the millennial generation is leading the way.

Animal Rights Sweden conducted a poll and learned that in the past five years, the number of vegetarians in the country has increased by 4%!

An article published by JSpaceNews last year showcases the growing vegan population in Israel. It is estimated that at the time of publication, there were nearly 300,000 vegans in the tiny country – making up 4% of its total population.

According to the author: “That makes Israel the vegan capital of the world, with more people per capita eschewing all animal products in their diet than any other nation.”

Monks in this country spurred this revolutionary change by going on a hunger strike to pressure the state of Gujarat to outlaw animal slaughter in their city. Their efforts proved to be successful, and shortly after, the government imposed a ban on animal slaughter and outlawed the sale of meat and eggs.

It may seem shocking that the nation renowned for Bratwurst is now home to over 7 million vegetarians, but the demand for plant-based products is only increasing.

In addition, the owner of Veganz, an all-vegan supermarket chain based in Germany, has ambitious plans of opening 60 more stores by the year 2020, due to popular demand!

According to results from a survey of Canadian food consumption for 2013, citizens in this nation have decreased their meat consumption by almost 10%(!) since the year 2011. A general decrease was noted across all meat categories, but the most noteworthy decline was seen in pork consumption, with a decrease of 4.5%.

Not only that, last year The Huffington Post Canada highlighted Canada’s growing trend away from the consumption of milk. It seems consumption of dairy products has dropped 25% as more nutritious, humane and dairy-free alternatives (like soy and almond milk) have become available.

The country is doing something right in its quest to curb skyrocketing diseases of affluence (like Diabetes, Cancer, and heart disease) by reducing its consumption of animal products. Google even recently tried to buy-out a Vegan ‘cheeseburger’ company in the States.

Other private investors are putting millions into vegan food start-ups, like Bill Gates who is an die hard fan of Beyond Meat, and Hampton Creek Foods, which garnered the attention of Asia’s richest businessman, Li Ka-Shing, along with a $23 million investment.