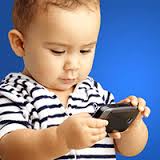 There is no doubt that the pace of technological development we’ve seen in recent years has been both amazing, and frightening. It’s certainly made our lives easier, but no one can ignore the fact that these developments are happening faster than the human race can adapt to them. Predictably, this has spawned a widespread fear of technology in our culture.

These fears must be prolific. If they weren’t, then Hollywood would have never made a fortune on movie franchises like The Terminator and The Matrix, and TV shows like Battlestar Galactica. Clearly, there are plenty of people in our society who are deeply afraid of the direction that modern technology is lurching towards.

However, for all their bluster about robots and AI taking over the human race, I don’t think these people are seriously prepared to do anything about it. They may say that they’ll never submit to the comfort and convenience of technologies that dehumanize them, but to be perfectly honest, I think that many of them have already acquiesced.

In fact, when it comes to taking care of our children, the majority of the population is already outsourcing their child rearing responsibilities to the machines. We didn’t notice this development, because it didn’t arrive in the way that pop culture prepared us for. Rather than being brutally subjugated by robot overlords, we’ve been conquered by consumer electronics.

Recently, a study was conducted on over 300 kids between the age of 6 months and 4 years, living in a low-income neighborhood in Philadelphia. The study found that most parents now let their kids use mobile devices; often with the intent of keeping them preoccupied. With numbers like these, I’m sure that plenty of the technophobes in our midst are among them.

Overall, 97 per cent of the children, or 338 kids, had used a mobile device. The researchers gave falling costs, marketing strategies and subsidies by cellular service providers as possible contributing factors.

Other findings from the survey included:

They also found that half of the children in the study had their own TVs, and three-quarters of them had their own personal mobile device. A third of the kids were found to be using more than one media device at the same time. So much for playing outside I guess.

We have to ask ourselves, is this really what we want? Do we want to foster an entire generation of kids who, rather than simply learning how to use technology, are literally raised by it? We all know by now that these devices aren’t very good for our well-being, just as we’ve known for decades that watching TV all day is bad for us. We know these devices are addictive, and we know that they can stunt the emotional and social development of children.

We’ve all seen the smartphone zombies walking around us with their faces buried in their gadgets, oblivious to the world around them. Do we really want to raise our progeny to be like that? Are we really going to plug them into technology before they’re ever aware of the consequences? (There’s a reason why Steve Jobs wouldn’t let his kids use the devices he pioneered.)

Yes, we are going to do just that, because our society’s obsession with convenience now trumps our fear of technology. We talk a big game, but at the end of the day most of us give up on fighting what we perceive to be inevitable. Most of us are going to let these devices take over our lives, and the lives of our children, because it’s so much easier than giving a damn. Until we see this generation grow up to be devoid of creativity, imagination, social skills, and emotional intelligence, we aren’t going to change our ways.
See more at: http://www.techswarm.com/2015/11/77-of-two-year-olds-now-use-mobile.html#sthash.5xCH07zE.dpuf