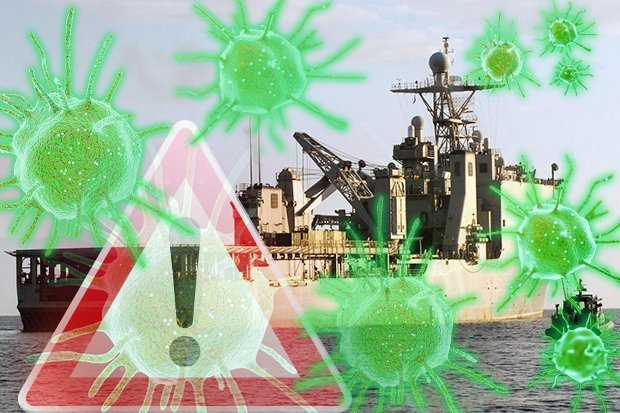 It’s interesting to note, though, that CNN, which first reported on the outbreak, describes the situation as “an outbreak of a viral infection similar to mumps.”

Another interesting development reported by CNN is, “All 703 military personnel aboard the ship have received measles, mumps and rubella (MMR) booster vaccinations, according to the U.S. Navy’s 5th Fleet headquartered in Bahrain.”