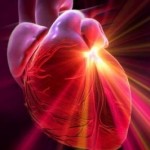 Far more than a simple pump, as was once believed, the heart is now recognized by scientists as a highly complex system with its own functional “brain.”

Research in the new discipline of neurocardiology shows that the heart is a sensory organ and a sophisticated center for receiving and processing information. The nervous system within the heart (or “heart brain”) enables it to learn, remember, and make functional decisions independent of the brain’s cerebral cortex. Moreover, numerous experiments have demonstrated that the signals the heart continuously sends to the brain influence the function of higher brain centers involved in perception, cognition, and emotional processing.