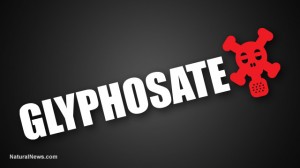 Leading by example, Malta is poised to become the first European Union nation to enact a complete ban on the carcinogenic herbicide glyphosate, the active ingredient in Monsanto’s Roundup weedkiller.

The move towards a complete ban in the country comes on the heels of the decision in June by the European Commission to grant an 18-month extension of the license for glyphosate.

In a meeting of member states in June, Malta was the only country that voted against the extension of the license. The Maltese government has now begun taking steps towards implementing a complete ban on glyphosate use, according to the Times of Malta.

Malta’s decision to impose an outright ban – after an earlier “disappointing compromise” vote in April by five of the country’s six MEPs to approve a seven-year extension of the license – was at least partly based on revelations regarding an alleged conflict of interest on the part of the chairman of the UN’s Joint Meeting on Pesticide Residues (JMPR).

Fraud, corruption and conflict of interest

In May, The Guardian published an article revealing the conflict of interest charges:

“It has emerged that an institute co-run by the chairman of the UN’s joint meeting on pesticide residues (JMPR) received a six-figure donation from Monsanto, which uses the substance as a core ingredient in its bestselling Roundup weedkiller.

In 2012, the ILSI accepted a $500,000 donation from Monsanto, according to documents which were released to the U.S. Right to Know campaign.

The organization has been tied to conflict of interest cases in the past, and is considered by many to be nothing more than an industry mouthpiece.

As it has done for years in the United States, Monsanto is also spending millions in Europe buying scientists in efforts to protect its multi-billion dollar glyphosate market.

In recent years, however, Monsanto has faced an increasingly uphill battle, as awareness of glyphosate’s dangers and opposition to its use have grown among citizens and governments, particularly in the European Union.

Increasing evidence of fraud and corruption on the part of Monsanto and its paid minions have begun to erode the biotech giant’s influence on policy-making in Europe.

When the license extension vote was cast in June, Malta was the only country opposed to the extension, but France, along with several other nations, abstained from the vote, meaning that a limited majority decision could not be reached.

Since then, France has changed its stance and opposed the extension; France is now reportedly considering its own national ban.

Malta’s decision to ban glyphosate has been hailed as a courageous move, and may serve as an example for other countries to follow.

A spokesman for Friends of the Earth Malta said:
“The decision shows courage from government’s side as it chose to listen to the concerns of experts and individuals who have demanded that our fields, streets and gardens would be free from this risky weed killer.

“We also hope that other European countries grab this opportunity to make European farming safer and greener, which is what the public wants.”

The tide may be beginning to turn in the fight against glyphosate use and GM agriculture, but much remains to be done, particularly in the United States, where glyphosate is being used on a massive scale, while the EPA continues to raise the maximum allowable glyphosate levels.